The Son of the last of a long line of thinkers. ( 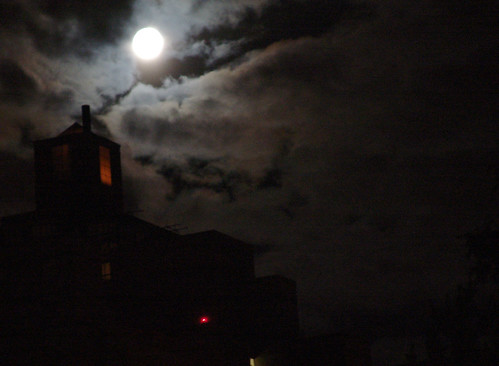 There is a hollowness that takes you over, somewhere between the second and third cup of coffee, and three hours before your coworkers are going to start showing up "early" for work.  It is not caffine jitters, those don’t start until around ten, usually about the same time as the butterflies that accompany the beginning of recording the live show.  It is not the lurch that time seems to exist in catching up to you all at once, when you step outside the cave, and see that the sun now dominates what was black when you entered the building.  I’ve learned, in the past few weeks, to embrace this hollowness, not to run from it.  It is the center of my  morning now, this shelled-out calm before the storm.  It fuels what tranquility I can muster – seperates me from the frustrations and the chaos which ensues every time we go through this.

The cycles of  the last day of the week have become the launching of a ship, from dry dock to foamy waves, from darkness to brightened skylights.  Sound checks, color matching, timesynching, stream buffering  – they are the rigging, anchor chains, and bare ribs covered in plank that are my Friday mornings.

Fridays are a dream state, for most of the day, for me.  Waking up to make a 5am call is pretty brutal, when you have to work a normal day after the rush and the yelling and caffine are all echoes of another time and place. I’m apparently on the call sheet now, which is cool, but, I still don’t get a copy of the call sheet.  Today’s call was postponed by 30 minutes, since we don’t have to film any music today.  I stood on a dark city street with nothing but the wind and a cup of coffee growing cold faster than I could drink it.  I looked around, as I often do, for something to squirrel away, for writing, or in photo form.

Over the Western horizon where the Hudson lay, the clouds seemed to be illuminated from the street level.  I assumed perhaps some club in JC had rented searchlights or something for an opening, and carelessly left them on.  I actually chuckled a moment, realizing that if the place was in NY, it was probably just last call, but I don’t know what time bars close in Jersey anymore.  As the time went by, and the clouds began to thin, it became apparent to me that the illumination was not coming from below.  It was the moon, trying desperately to shine through what seemed to be very stubborn clouds.

She was only visible for about ten minutes, creating silver daylight where no sun yet shone.  By the time all the people with the call sheet started showing, she was hidden again – secret.  Maybe the moon was trying to make up for the fact that I didn’t get a call sheet.

Of all these marathon Fridays (which, oh gods below, I heard may be going on in perpituity for at least another year), today has been my favorite.  I had my secret moment with the city, and with the goddess of the sky.  I am sure there are hundreds of other people across the city, whose lives are more tuned to the dead windows of time in the City who allegedly never sleeps, but certainly passes out on the bar stool before the bouncer kicks them out, who shared that same moment I did.  It is part of why I love it here – so little is owned by you alone, but, at the same time, so many things that people never even notice, which create such a feeling of wonder…

I can tell you with certainty, while I might not be alone in my moment with the moon, nobody else had the exact same vantage point that I did, on a windy street, alone, in the dark of morning.